Video Portraits of Survival: Volume One

In the spring of 2005, a class of students from UCSB's Department of Film and Media Studies in association with the Jewish Federation of Greater Santa Barbara undertook a project to create video portraits of Holocaust survivors and refugees from our own community who are participants in the permanent exhibit Portraits of Survival: Life Journeys During the Holocaust and Beyond. The short films were created under the guidance of Professors Kwame Braun and Janet Walker, in collaboration with Portraits Program Director Dr. Elizabeth Wolfson and JFS clinician Ruth Steinberg.

The results include a program of six unique and compelling “Video Portraits of Survival” that premiered at the 2006 Santa Barbara International Film Festival.

“I’m thrilled to showcase this  film, made by students and documenting the stories of local Holocaust survivors. It is one of the most important films we will be showing this year, and one of the festival events I’m looking forward to the most.”

This film is dedicated with deep appreciation to the people who shared their life stories and to the memory of those who perished.

The UCSB Film Studies Department and Federation, with funding from the California Council for the Humanities University of California and Santa Barbara Interdisciplinary Humanities Center, have partnered to create a Portraits of Survival documentary to capture these stories on film for posterity. 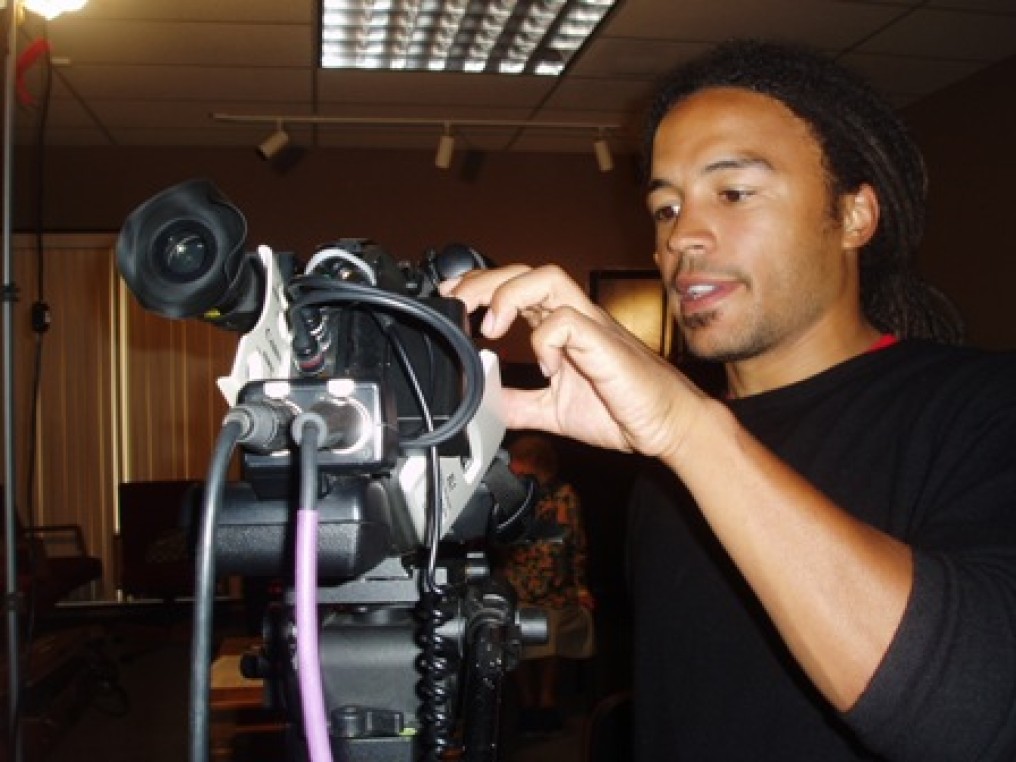 VIDEO PORTRAITS OF SURVIVAL premiered at the Santa Barbara International Film Festival to a packed crowd of more than 500 people who filled the Marjorie Luke Theatre. In introducing the film, Janet Walker remarked, "These documentaries were made by two groups of people who may not otherwise have met:  UCSB students and community members who are survivors and refugees of the Holocaust."  Elizabeth Wolfson described the “encounter’ of student filmmakers and survivors as a “life changing experience.”

Notable people in attendance who were thanked for their contributions included;  UCSB Chancellor Henry Yang and Dillon Yang, Mara Vishniac and Walter Kohn, Ron and Carole Fox, all of whom have been instrumental in supporting the Portraits of Survival Exhibit and UCSB partnership with Jewish Federation.

The experimental documentary was warmly received and followed by a well attended Q & A which included 22 of the student filmmakers, faculty filmmakers, interviewers and the seven participants in the documentary.  Students stated that they had learned immeasurably from the experience, some becoming inspired to examine their own family histories and gain a sense of their place in local community and the world.

In response to the question, "How did telling your story affect you?" George Rusznak, a refugee from Hungary and one of the film participants, said, "It raised questions such as 'What makes some people willing to risk their lives to save others?' and 'What would I do in a similar situation?' These are questions I would like to see more dialogue about."

"Video Portraits of Survival, Volume I,"
available for purchase

"Participating in Video Portraits reinforced my belief that the most important thing is tikkun olam - to make a better world for our children and our grandchildren."  ~Judy Meisel, survivor of Stutthof concentration camp.