Szymon Rusinek, also known as "Sam the Tailor," was born in Poland on October 10, 1917, the eldest of five siblings. As a child, Sam apprenticed with his father and learned the skills of a tailor. At 19, Sam ran away from home when his landlady threatened to turn him over to the Nazis because he was a Jew. That was the last time he saw his whole family alive. His sister Tova (now deceased), was the only surviving member of his immediate family.

Sam was arrested for crossing the border from Poland to Russia, along with hundreds of others. He was sent to Siberia, where he struggled to survive in prison for two years in brutally freezing weather. Because he arranged with the prison's warden to allow him to use potato sacks to make mittens, coats, and pants for the prisoners, Sam soon became known as “the tailor.” He saved many lives by providing warm clothing to young men trying to survive in temperatures below zero. After his release from prison, he decided to join the newly established Polish brigade, also known as the Kosciuszko Division. He later became a high-ranking officer in the Armia Krajowa, the Polish Home Army, the main anti-Nazi resistance organization. During the time Sam served in the Polish Army, from 1942 until the end of World War II, he had to hide the fact that he was Jewish.

After the war, while Sam was stationed at a border town between Germany and Poland, he met a childhood friend, Bronislawa, also known as Laura. She was also a Holocaust survivor. They rekindled their friendship and soon married. Their first daughter Phyliss was born in Germany. Shortly after, they returned to Poland in the hopes of finding surviving relatives. Unfortunately, no one was found, as they were all killed in the Holocaust. Helena, their second daughter, was born in Poland.

Sam started a manufacturing company where he designed and produced fur coats. At this time, Poland was under Communist rule, making it difficult for anyone to own an independent business. Anti-semitism was still prevalent there and Sam and Laura did not feel welcome. In 1957, when the Polish government offered the opportunity for the remaining Jews to leave the country, Sam and his family immigrated to Israel. There Sam designed and manufactured swimwear. In 1960, his extended American family invited Sam to join them in New York.

After his divorce from Bronislawa, Sam married Ida Ponce and moved to beautiful Santa Barbara, where Roland, their son, was born. Sam lived in his beloved Santa Barbara for 42 years, and was the proud owner of a tailor shop in the Carrillo Hotel for 27 years. He loved his work and passionately served his clients.

Sam "Szymon" Rusinek died on October 19, 2002 in Santa Barbara. His wish was to return to Israel and his dream came true. He is buried in Jerusalem. A life that so lived and loved, a family so proud of his heroism and courage, in loving memory, I, Phyliss, am proud to present a synopsis of a life, of a man, who was our father and grandfather. 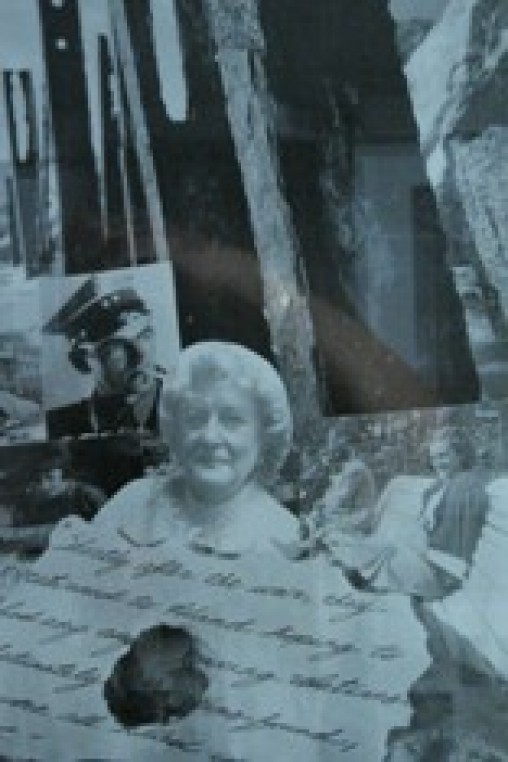