I was born into a traditional Jewish family on May 3, 1932 in Tluste, a shtetl in Poland. I am the sole survivor of my immediate family of four. Most of my relations, including two grandmothers, a great-grandfather and numerous aunts, uncles, and cousins died in the Holocaust. Until the outbreak of World War II, Jewish life flourished in Tluste. The Russians invaded our city and occupied it from 1939-1941. My father Jonah, a grain merchant, was taken prisoner by the Russians and sent off to Siberia where he perished.

I was nine years old when the Nazis invaded Poland and captured our city. Anti-Jewish decrees were issued and a ghetto was formed. During one “Aktion” in the fall of 1942, 1,000 Jews were transported to the Belzec death camp and another 150 were shot on the spot. As we peered through a crack in the door, my mother and I watched as the Gestapo and police were going from house to house looking for Jews. Miraculously, they stopped before getting to our dwelling, so we were able to slip out and escape to the nearby fields. My older sister, Rivka, had been hiding with a gentile family for the past year, but was recognized by a Ukrainian policeman named Schapp, taken to the police station and later shot.

My mother and I ended up in a labor camp, Holowczynce, used for cultivating rubber plants for military purposes. One day, while working in the fields, we heard continuous shooting. We found out that 3,000 Jews had been taken to the marketplace in town, led to the cemetery, shot, and buried in pits. On another occasion I recall two Ukrainian policemen ordering us to work. Several people, including my grandmother Rose holding onto my cousin Wolfitzik’s hand, walked outside the room. To our horror we heard gunfire. Instinctively, I pulled my cousin Judy back inside, saving both of us. Amidst all this misery, there was a typhus epidemic, malnutrition, and a lack of medical care. Many of those who had not succumbed to disease were shot.

Mrs. Sinkiv, a well-to-do Ukrainian farmer with whom my family had done business, appeared one day at the camp. She needed help in her home, and at my mother’s insistence, I went with her. This act saved my life.

The next day at dawn on March 11, 1944, after learning the labor camp had been attacked, I returned there. I looked in disbelief at the gruesome sight before me. A group of local villagers had surrounded the camp the previous night and murdered 48 people. Amongst them was my beloved mother, Chaya. My cousin, Herschel Weintraub, was still alive after having been stabbed nine times. He now lives in Israel.

After two weeks of hiding in the Sinkivs' barn with my Aunt Minnie (my father’s sister), Uncle Nathan Schachner, and their daughter, Judy, Mr. and Mrs. Sinkiv, two courageous and righteous human beings, told us the Russian army had broken through and the German army had been defeated. We were free at last!

Walking through the desolate streets of Tluste, once brimming with life, we realized our lives would never be the same. After liberation, we wandered through central Europe and spent some time in displaced persons camps. My cousin, Captain Rubin Perlmutter, a war hero in the Polish army, learned I was still alive and put me in contact with my aunt in America.

I immigrated to the U.S. in November 1946 and lived with my Aunt Rose and Uncle Max in Brooklyn, N.Y. I was awarded a scholarship and moved to St. Paul, Minnesota, where I completed school. There I met my husband, Harry Gertz, and we married in 1950. In 1954, we moved to Santa Barbara, where our daughters Charlene and Kerri were born. We were happily married for nearly 45 years when he passed away. I have four grandchildren, Farin, Sam, and twins, Emily and Pamela.

I have been fortunate to survive the Holocaust and to bear witness to the atrocities human beings can inflict on one another. It is my hope that humanity can learn from this tragedy so that the words “never again” will hold true to their meaning. 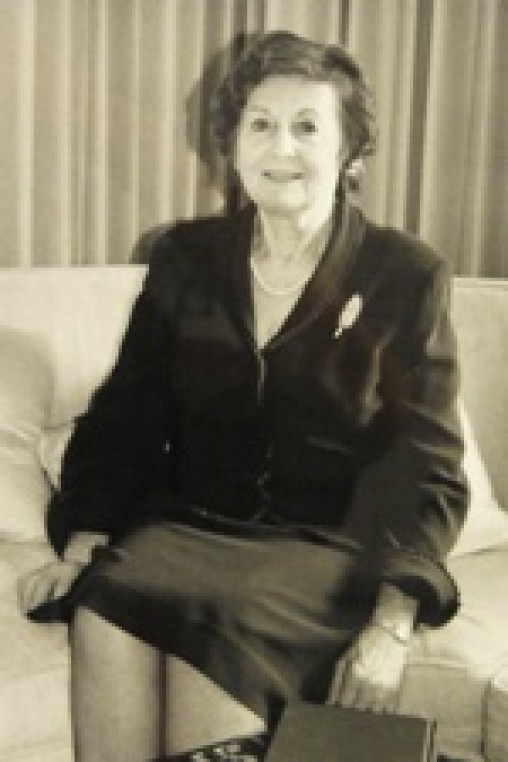