I was born in Vienna, Austria. My memory of the pre-World War II years is living with my mother, father and older sister on the second floor of a large apartment building. We had a cook and a governess who took my sister and me to the park every afternoon. I remember that my paternal grandfather, Lazar, came often to read us bedtime stories. He was taken away to the Theresienstadt ghetto in 1942 and we never heard of him again.

When Hitler invaded Austria in March 1938, my father, Leopold, was immediately a wanted man because he was Jewish. When a Nazi came to the house and attacked my father, he fought back. Soon after, understanding the gravity of the situation, he left Austria through the Swiss border and in Zurich, got a visa to America.

In the five months between when Hitler came to power and when we left Austria for the United States, our lives changed. Because we were Jewish, my sister and I were no longer able to go on our daily walks in the park and play in the playground. I remember a Nazi procession on our street. My mother drew the curtains and we were told to stay inside. When I heard the commotion outside, I snuck out on to the balcony. I saw cheering crowds and then I saw Hitler in his car saluting the crowd. My mother abruptly pulled me back into the house. She punished me as a way of telling me that I had done something wrong by witnessing this scene; there was danger in my being out there.

We boarded a ship to America from Le Havre, France on August 19, 1938. When we arrived in America, we had no money, and could only speak German and a few words of English. We were quite well off in Vienna, and then our lives really changed, going from riches to rags.

My father never adjusted to life in America; my sister and I only saw him sporadically. It was really my mother who ran the household and took care of us. We settled in Tampa, Florida in 1940. We lived a day-by-day existence. My mother knew how to survive, and in America this meant forgetting the past and beginning again. She started a business making sandwiches for American soldiers staying at a nearby military base. My sister and I worked wrapping these sandwiches and stapling on labels.

My mother’s big dream was to go West. Eventually we got to southern California. We could not get jobs because applications at that time required you to state what religion you were, and my mother was sure that saying Jewish was the reason. My mother decided that we would no longer be Jewish. I got a job as a sales clerk in Kress’ five-and-dime store. School was difficult due to my need to work.

I married Roy Leach in the 1950s. We raised two wonderful children together in Palos Verdes, California. I came to Santa Barbara in 1982, where I have a good life and a lovely home with my present husband, Dean. For the past 20 years, I have worked as a volunteer with the Santa Barbara Symphony, Opera Santa Barbara, and the Lobero Theatre. 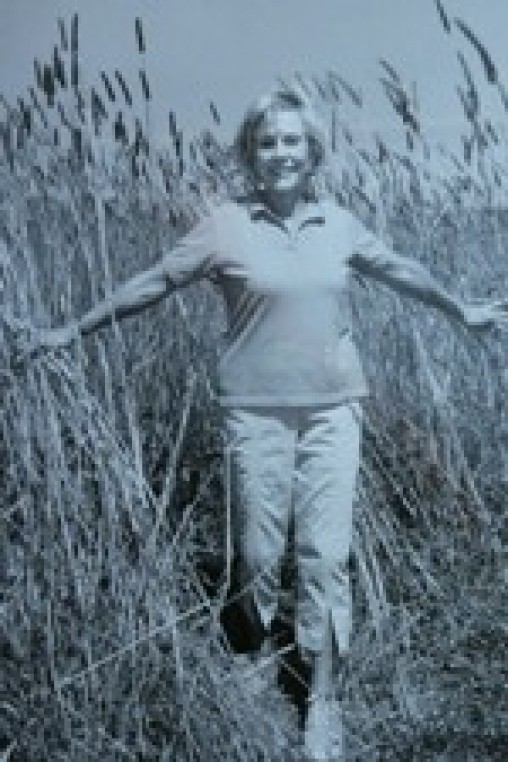