I was born in July 1940 in Budapest, Hungary. My father, Vilmos, was a clerk. My mother, Margarit, was apprenticing to be a seamstress. We lived with my grandparents.

Shortly after the war broke out, my father and his cousin were taken to a labor camp named Bor, and then to Buchenwald, where they died in 1944. I have no recollection of my father.

My mother was also deported, but when the train stopped at the Hungarian border, she bribed a guard with her gold wedding band, and he let her go. Somehow, she made it back to Budapest, where I was staying with my aunt.

After she came back to me, she decided that we would hide our Jewish identity by pretending to be Catholic Hungarians from the countryside. Being only four-years-old, I didn’t know that I was Jewish and why we were hiding until after the war. My mother found work as a maid with a gypsy violinist and his German wife, both of whom believed her story. This couple regularly entertained German soldiers in their apartment. One day, shortly before the end of the war, a visiting German soldier saw me in the house and told the wife that he thought I was Jewish. My mother overheard this, and the same night she packed our meager belongings and we left.

After the war, my mother was given a tobacco store to run, and I went to school and also studied music until the 1956 Hungarian Revolution. At that time, my mother decided that we should leave Hungary and seek better opportunities for me elsewhere. We just locked up our apartment and left, leaving everything behind.

We were in an Austrian refugee camp waiting for passage to Canada, when I met George. In September 1957, we got married in Vienna and came to the U.S. We lived in Los Angeles where I sold real estate, until we retired and moved to Santa Barbara. We have one son who lives with his wife in the Los Angeles area. 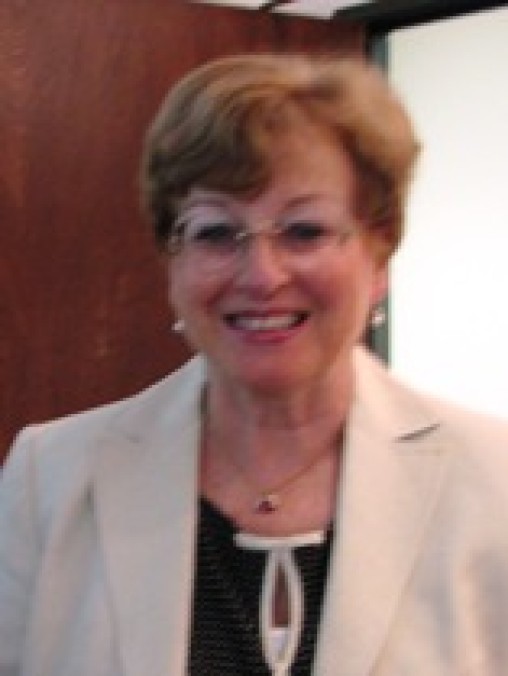