I was born in Rakow, Poland, into a close and loving family. I had two brothers and two sisters. Our lives changed completely when the Nazis entered Poland in September 1939. How terrible our lives would become, we couldn’t imagine. In September 1942, the Jews of Rakow were ordered by the Nazis to leave everything and be ready for deportation in one hour. We were told we were going to labor camps and were promised large food rations and better living conditions. My parents, distrusting this, decided we would all go into hiding in the forest. We slept on the damp cold ground. Freezing cold and hunger were our constant companions. My family eventually found shelter in a Polish farmer’s stable. He brought some food when he fed the cows. We had a small dark corner with some clean straw, and that is how we spent the winter. In the spring we went back to the forest where we joined a group of about 30 other Jews who were also hiding in the forest. The Nazis and Polish collaborators hounded us; we always escaped.

On May 5, 1943, my younger sister Rachel and I went to buy some food from the farmer who hid us. Before we left the farmer’s house, one of his sons came looking for us. We hid in a small potato cellar in the house and overheard him tell the story of how he and a group of Poles caught my family and the others hidden in the forest and shot them all. I knew these killers would come looking for us, but there was no place in Poland my sister and I could hide.

When time ran out to hide in Poland, I devised a plan to go to Germany with a false birth certificate, pretending to be a Catholic Pole. After escaping from the farmer’s house, I made my way to the city’s registrar’s office where an official bravely agreed to provide me with false identification. Then I walked for two days to reach Kielce, where they sent transports of Poles to Germany as slave laborers. I walked into the German Arbietsamt and so as not to make them suspicious, I made up a story that I was running away from home to be with my boyfriend, who was in Germany, because my parents objected to him. The Germans at the border bought my story and took me as a Polish slave laborer. My journey to Germany was terrifying. I lived in fear every moment of being recognized—by the Nazis or the Poles.

I ended up in Germany with a family of Nazis, where I did household work, and carried very heavy milk cans to and from their dairy store. In their house was a huge portrait of Hitler posed with their son, a high ranking SS officer, and son-in-law. I felt I was in the lion’s jaw but I couldn’t show it. Later, I ended up in another household with a butcher shop, where I worked like a slave, in constant fear of making a mistake and being recognized. This fear was particularly acute as the family often invited Nazi officials to dinner and I had to serve them.

When a German who lived through that time tells the world that they didn’t know what their government was doing to the Jews, and others they deemed undesirable, don’t believe it. I was there and lived among them and heard what they knew. In one of the homes where I worked, the son saw the liquidation of the Warsaw ghetto and the uprising. The Germans knew what became of their Jewish neighbors. Some sons and husbands worked in concentration and death camps. It was their indifference to our suffering that made it possible.

The Americans liberated me in the spring of 1945. They assembled us and gave us each an orange. It was the sweetest orange I will ever eat. I wanted to get out of Germany as soon as I could, off that soil cursed with our blood and consumed with hatred. I decided not to let myself hate in return or I would become as low as they. Hate is destructive and blinding. Rather than hate, we must be vigilant to what is happening to our neighbors and minorities and how our government is protecting all its people. 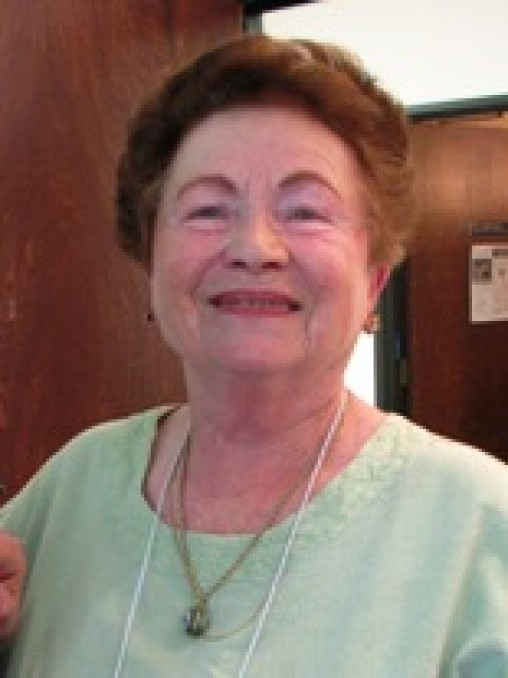