I was born in 1935 in Stryj, Poland (now the Ukraine). The town had a population of 32,000, of which 12,000 were Jews. As I was only four-years-old when the war broke out, I have no memory of many of my family members; I know that they were killed in the Holocaust.

I was brought up in an affluent home. My mother went to law school in Lwow. My father completed medical school in Padua, Italy, graduated in 1929, and practiced in Stryj until he was conscripted in to the Russian army in 1941. He survived the war as an army doctor in Kazakhstan. In July 1941, the German army reoccupied Stryj, and the town’s entire Jewish population was put into a ghetto. I was in this ghetto for close to one year and somehow managed to avoid the “actions”—deportations to the shooting fields. As an act of great foresight, a few Jews in the town, fearing the return of the German troops, had prepared a bunker. The bunker was built under an existing house. A Pole named Kazik Starko was hired to live in the house and provide food in exchange for payments of gold. The builder of the bunker, a man named Morgenstern, managed to tap into the city gas line, which provided fuel for cooking and light. Water was obtained through a hand pump tapped into a main water pipe. Two vents extended into the attic which served as a conduit for food and an air supply. When the Germans occupied Stryj, 35 Jews, including my family and six children under 15, managed to get into this bunker built for 12. In escaping out of the ghetto and en route to the bunker, my family was offered shelter by an SS officer who permitted us to stay in his office overnight. The bunker was sealed and we did not emerge until August 1944 when the Russian army drove the German army out of Stryj.

In the bunker, we just existed. We were constantly hungry due to meager food supplies. The rats appeared better fed than I was, and they were able to see daylight and breathe fresh air where I couldn’t. I was trapped in this hole in the ground…without anything to read, without children’s games to play. We were in constant fear of being found by the Germans. We slept in the day and moved around at night to avoid being heard by neighbors. By the time we entered the bunker, we already knew that Jews were being shot en masse, and then later, Starko informed us that he had heard that Jews were being sent to camps where they were murdered. Rumor had it that my grandparents were sent to one of these death camps named Belzec.

One day, a neighbor by the name of Roman Kalinowski heard noises and went to Kazik Starko and told him that he knew he was hiding Jews in a bunker under the house. Starko assumed that Kalinowski would denounce him to the Germans, which would mean a certain death for us and Starko. Instead, he volunteered to provide us with as much food as he could obtain and did not want any payment for this. Roman was truly a righteous man.

Our family was reunited in Poland after the war. At the time I was liberated, I had no education, although my mother tried to educate me, but without books or writing materials this was very difficult. I was basically illiterate, and spoke no English when I came to the U.S. in 1946. I attended high school in the Lower East Side of New York, received my B.A. from New York University in 1956, and graduated from New York Medical College in 1960. I completed a residency in Internal Medicine at the Jewish Hospital of Brooklyn. I served in the Medical Corps of the U.S. Air Force in California. I started my medical practice in Santa Barbara in 1966 and retired in 1999.

Echoes of Truth: Holocaust Memorial Project 2011
As part of its annual Holocaust remembrance ceremony, the California State Assembly invited students from throughout the state to interview Holocaust survivors, and the resulting video was played during the Assembly's floor session on May 2, 2011. The eleven-and-a-half minute video is a compelling look at the Holocaust through the eyes of those with a unique connection to this chapter of history that must never be forgotten. Among those featured are a battlefield medic who witnessed the aftermath of a mass execution, and the daughter of one of the chief prosecutors at the landmark Nuremberg Trials. Locally, Stan Ostern was involved. 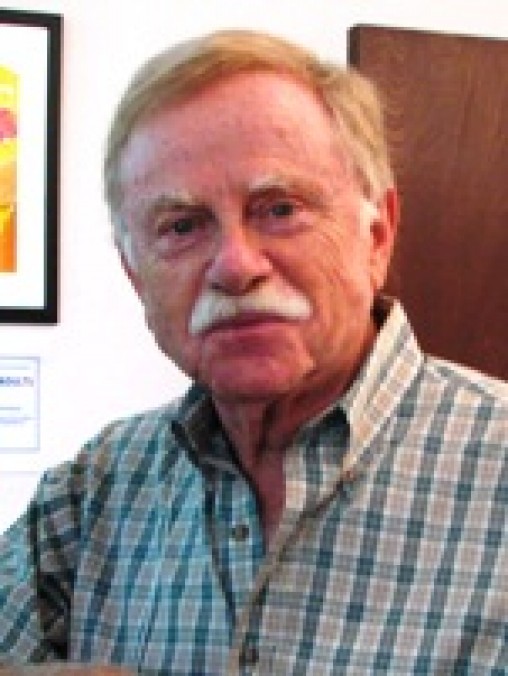