I was born August 27, 1917, in Brno, Czechoslovakia, the eldest daughter of Jacques and Selma Liebschütz (née Bogad). My family owned and operated a successful moving and storage company. I had a very happy childhood in a big family. My parents and younger sister, and my whole extended family were deported to the Terezin ghetto in 1942, where my father died of the flu. My sister Gerda and my mother were deported on separate transports to Auschwitz. My sister died in Auschwitz. My mother managed to survive Auschwitz, a death march, and then being imprisoned at Terezin Fortress as a political prisoner.

I never encountered any anti-semitism when I was growing up, none at all. I never saw myself as any different from the other children at school. I started studying arts at the university in Brno in 1937 but once the Germans occupied Czechoslovakia on March 15, 1939, because of the German decree against Jews studying at university, I was no longer able to attend.

I was fortunate that on the very day the Nazis invaded Czechoslovakia, I received a visa to go to Baghdad. The man I would marry, Imre Rozsa, had secured this visa for me. The fact that Imre did that at that very moment certainly saved my life because I had somewhere to go after leaving Czechoslovakia.

Imre was a Hungarian-born architect working in Baghdad. We had met in Brno while we were both studying. Three days after I arrived in Baghdad, we married; we lived there for two years, and then moved to Basra, where I worked for the Red Cross commissioner. We left Iraq in 1942 via Palestine and landed in Mombasa, Kenya, spent some time in Entebbe, Uganda, until my husband joined the British Army and was posted to Nairobi, Kenya. My mother joined us, and we lived there for the next 40 years. Our three children were born there. Imre and I were active members of the Jewish Community. Imre designed the synagogue of the Nairobi Hebrew Congregation and eventually became the head of the Jewish congregation. I became the chairperson of Kenya’s WIZO, a Jewish organization which supports health, social welfare and educational programs in Israel. I also organized the Flying Doctors’ Children’s Service which brought urgent medical services to African children who lived in remote areas.

We left Kenya in 1978 in order to join our two daughters in California where we made a new home in Ojai. When my husband passed away 12 years later, our daughters and family moved to Santa Barbara. I am so fortunate to spend my sunset years with my children, grandchildren and one great-grandson. Mine was a very exciting and varied life with all its ups and downs on four continents. 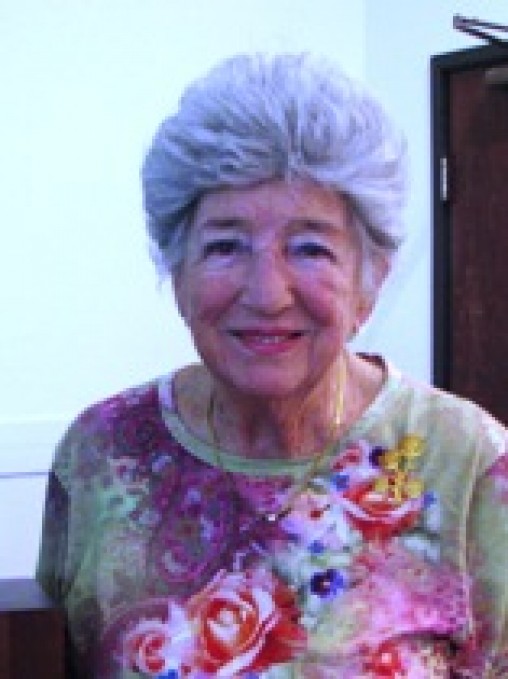