Our father, Leslie, was born in 1914 in the village of Slapcany, near Bratislava, in Czechoslovakia. His father, Gustav, prospered as a grain dealer. Leslie was three-years-old when he first saw his father. Gustav was away, serving in World War I. His mother Cecelia, a very religious woman, ran the household in his absence raising four boys, and taking care of the family business. At fifteen, Leslie was put to work in the grain business, while also attending school. 1937 was a decisive year in his life. He began mandatory service in the Czech Army. His mother died. One month later, while stationed in Komarno, Czechoslovakia, he first saw Clara Raab. They met on May 6, when Clara was 16. Leslie soon won her heart.

With his business experience and ability in mathematics, Leslie soon became the accountant for his infantry. He was transferred to a military building department that happened to be on the same street where Clara lived; they saw each other often. When the German Army marched into Austria, in March 1938, he was called back to his company to serve in the field; Leslie and Clara were separated.

In March 1939, following the annexation of Czechoslovakia, Slapcany came under Slovakian control; the family grain business was confiscated by the State but the family was retained to operate the business. At the outbreak of World War II, Leslie was called to serve in the Czech military, now promoted to regimental accountant. Following his dismissal in 1940, he returned home to work in the family business. He was temporarily protected from deportation because he was considered "economically important." However, on March 29, 1942, an order came for one child to report to the authorities from each Jewish family; Leslie decided he would go. He was loaded onto a cattle car with 1,500 other men and women and taken to a concentration camp in Novacky, Slovakia.

Leslie recalled this experience during an interview taped in the 1970s. “It’s hard to describe the things that were happening there - how they were beating people, how they behaved... They had whips and beat us... Next morning, they took everything from us except the clothes we were wearing. And they put us in lines. By the time it was late afternoon we knew we were going away... they were going to transfer us to Poland.” Suddenly a group of police arrived led by his close childhood friend, Shanya Urban, a non-Jew. He saved Leslie from that transport, which, Leslie found out later, was headed to Auschwitz. To the best of his knowledge, no-one from that transport of 1,500 came back after the war.

Leslie went into hiding. Using his political connections, he slipped over the Slovakian border into Hungary where Jews were not yet being deported to concentration camps. Using false papers, Leslie, who was now with his father and brother, hid in Budapest. One day, Leslie was picked up in a random police check. He was sent to a detention camp in Budapest where he was informed by Polish prisoners that to stay meant certain death. He cleverly escaped with the assistance of his brother and made his way by train to Komarno, to Clara.

Outside Komarno, Leslie worked in the fields for a Bulgarian family, who acquired false papers for him. After some time, Leslie began to work for the underground, bringing food to Jews in hiding. When members of the Hungarian Arrow Cross came to the Bulgarian family’s house demanding Leslie’s papers and asked, “Where is the Jew?” Leslie knew someone had betrayed him. He made a quick escape through a window, eventually finding his way to the next village. He hid in bales of straw in a friend’s barn from January 19 to March 27, 1945, when the Russian Army freed him. After liberation, Leslie went back to Komarno to wait for Clara. She had survived. They were soon married.

Together Leslie and Clara built new lives. In 1946, Ivan was born. Leslie had established a vinegar factory in Komarno, but on February 25, 1948, the Czech Communists took power and the factory was put under their control. After Leslie was threatened with imprisonment if production quotas at the factory were not met, Clara, Leslie, and Ivan were forced to make a perilous escape from Czechoslovakia. They spent five days in the darkened hold of a coal barge, smuggled from Komarno to Vienna along the Danube River. They risked everything to reach freedom. They started over for a third time in 1951 when they immigrated to Toronto, Canada. Twin daughters Agi and Susan were born in 1953. Life in Canada was a struggle at first. They worked in factories and from their modest incomes, saved enough to open a dry-cleaning store and later invested in real estate. Leslie passed away in March 1993. He was 78. Clara passed away in February 2000 at the age of 80.

Clara and Leslie were deeply grateful to Canada for taking them in as refugees and for the freedom and opportunity Canada offered. A property they purchased in the 1970s will house the new headquarters of the Toronto International Film Festival, serving on their behalf as thanks to the Canadian people. 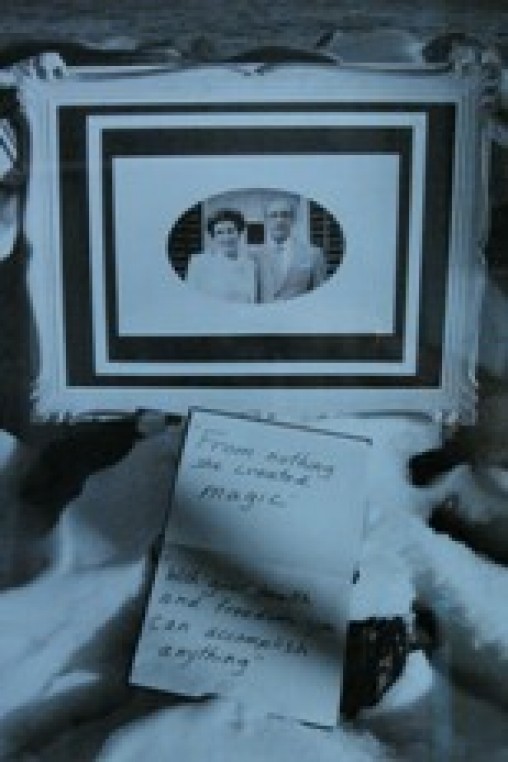