I was born in Vienna, Austria on August 10, 1911, with the name Kurt Deutsch. When the Nazis came to power, I took my mother’s maiden name, Singer. Her family was Bohemian Jews living in Vienna. In 1919, following the German Revolution, my family moved to Berlin.

When Hitler came to power in 1933, my wife Hilde and I started an anti-Nazi underground newspaper which we published in the basement of our bookstore in Berlin. The newspaper reported on the suffering of the first German concentration camp prisoners. The camps at that time were created for the Nazi opposition including political prisoners and the racially unacceptable. In our newspaper, we asked people to send food packages to inmates of the camps, and we had reports from foreign broadcasts. The newspaper was distributed clandestinely through a group of resistance workers who placed papers in Storm Trooper barracks, government buildings, restaurants and sporting events, and wherever the public was assembled. This was a fight of the mosquito against the elephant.

When one of our co-workers was caught and brutally beaten, she gave away our address. I was wanted for high treason. I was considered a traitor to the state, and if caught I would have been executed. I escaped first to Prague, then Vienna, and then via Danzig on a cargo ship to Sweden. Hilde was caught, and received a lenient one-year prison sentence due to the fact that she was represented by a high Nazi attorney hired by her family. When she was released, she joined me in Sweden. There, Hilde wrote and published the book I was Hitler's Prisoner.

While in Sweden, I published several books on topics related to the Nazi regime: on the Nazi policy of forced sterilization, on Hitler’s Olympics, and the coming air war. I wrote the first biography of Carl von Ossietzky, a Liberal editor of a Democratic magazine called Die Weltbuhne, which was strongly anti-Nazi. This book was instrumental in getting Ossietzky, a concentration camp prisoner, the Nobel Peace Prize which was awarded in 1936. In 1940, I wrote a biography of Hermann Göring, the Nazi Air Force chief who ordered the aerial bombardment of England. Göring asked that the book be banned and confiscated, and that I should be extradited to Germany. To avoid extradition, I was able to arrange a visa to the U.S. as a correspondent for a Swedish newspaper. We left from Petsamo, a town in north Finland, on the ship named Matilde Thoren; Hilde and I and our six month old baby arrived safely to Ellis Island in New York.

I lost all contact with my mother and her parents, who vanished into the concentration camps. I have no idea how they died. A surviving cousin told me that 66 members of our family were killed by the Nazis.

In the U.S., over 100 books I wrote were published including: Spies and Traitors of World War II, and biographies of Lyndon B. Johnson, Ernest Hemingway, Danny Kaye, Charles Laughton, Albert Schweitzer, and Mata Hari. I wrote a memoir entitled, I Spied and Survived. I did intelligence work during World War II for the U.S., Britain and Norway. As a journalist, some of the highlights of my career were my interviews with Albert Einstein and Leon Trotsky. I currently write for Aufbau, a German-Jewish cultural newspaper, and contribute to a weekly journal Ossietzky.

During the last ten years of my life I have lived as an amputee; I am still active at 92 years. Never give up. Never forget that there were considerable numbers of Jewish groups that were part of the resistance movement against the Nazis whose members were beheaded. They were brave people. 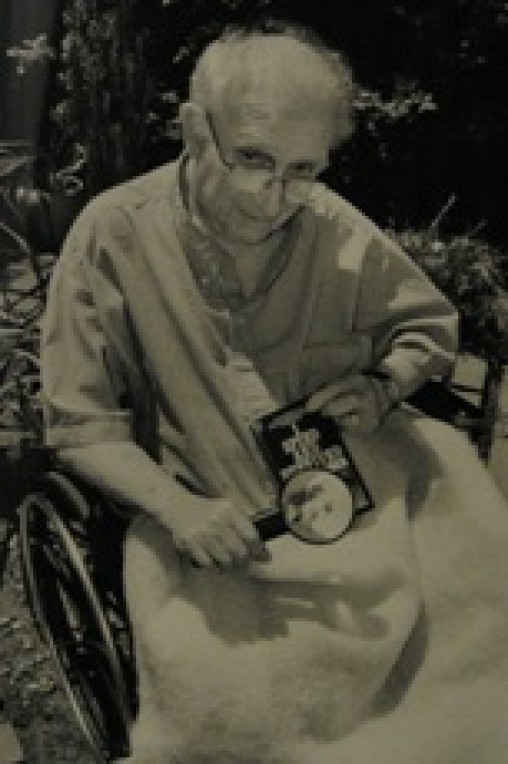