I was born in Josvainai, Lithuania on February 7, 1929. We were ordinary people deeply rooted in Judaism. My father was a lumber and cattle merchant in our shtetl. I was the youngest of three children. My mother schooled us at home. Anti-Semitism was always there, but as soon as the Germans came in June 1941, things got even worse. I remember going to get bread and seeing a Jewish man being beaten and his beard being torn; people were watching and seemed to be happy. People were throwing stones at us and spitting on us.

In July 1941, when I was 12, all of my family was taken to the Kovno ghetto. Conditions were very bad --overcrowded and with very little food. Everyone was hungry. Because I was blond, blue-eyed, and spoke Lithuanian, I was recruited as a smuggler. At night I went out of the ghetto through a hole in the barbed wire fence which surrounded the ghetto. I smuggled in bread and butter in my underpants and under my arm. During the day I worked as a slave laborer at a factory which produced rubber boots for the German army. For this I received one piece of bread. We feared that none of us would come out alive, that no one would be left as a witness.

In June of 1944, we were transported to the Stutthof concentration camp.  When we arrived, we were undressed and given a striped uniform and clogs. My mother’s three gold teeth were pulled out. My hair was torn out. One of the first things I saw at Stutthof was a guard killing a baby that a woman was trying to hide under her dress. Chava, whom I shared a bunk with, always held a baby’s shoe in her hand. One day a woman guard forced Chava to open her hand. When she refused, she was shot in the head.

Every day we got up, and stood at attention for hours; people were selected for work or for death. On this one day, I stood with my mother, and we were told to get undressed. My mother and I walked holding hands. My mother was in the entrance of the gas chamber; as I was approaching there was a guard.  He said: “Get out! Pig, dog,” in German. My mother then said: “Run, run...” in Yiddish. As I ran out I was lucky that the guard didn’t see me or I would have been shot. Nearby five women were taking dresses off the corpses. They dressed me, and then I ran back to the barrack. That was the last time I saw my mother.

At the very end of 1944, all those able to walk were taken on a death march. If you didn’t walk, you were shot. I was with my sister; she was very sick. I said to her: "Walk, we’re going to live, we’re going to live." Our death march came under heavy bombardment by the Russian forces as they thought we were a row of German troops. My sister and I fell into a ditch. We walked to a house; a woman clothed and fed us, but then told a Russian prisoner-of-war to take us to an area to be killed. The man instead took us by horse to the narrowest part of the Vistula River. We crawled on our hands and knees along the ice to the other side. There was a convent on the other side of the river. The nuns bathed and fed us, and gave us new clothes and then told us they needed to baptize and convert us in order for us to stay. But we decided to leave. We only wanted to survive as Jews. Nothing else mattered.

In a little town outside Danzig, my sister and I disguised ourselves as Lithuanian Catholics and found work doing odd jobs in a Wehrmacht station. We slept in a barn, received little food and no money for all our work. When the area was evacuated, we were put on boats to Denmark. The ship was torpedoed and my sister and I found ourselves in the ocean holding on to wooden planks. Some time later we were rescued by people in a small boat. They gave me a blanket which I have kept to this day. My sister and I arrived in Denmark. I was liberated on May 5, 1945, at 10:00 a.m. by the British. I was 16 years old, weighed 47 pounds and had tuberculosis. I was two and a half years recovering in a sanitarium in Denmark. I owe my life to Denmark. They put a beacon of light in the darkest hours of that time.

One hundred and forty six members of my family in Lithuania did not survive.  They were all shot in a mass grave.

In 1949, on the boat to Canada, I met my first husband Gabe Cohen. I was reunited with my brother who survived Dachau, and later my sister and her family joined us in Toronto. We moved to the U.S. to Philadelphia.  I have three wonderful children and seven wonderful grandchildren. I remarried in 1976 to Fred. I received my degree in Early Childhood Education from Temple University and I started a pre-school here in Santa Barbara.

I became deeply involved in the Civil Rights Movement in the U.S. after watching on TV a mob of people taunting an African-American couple who in 1961 had moved into Folcroft, an all-white blue-collar neighborhood. I participated in and helped to organize the March on Washington, at which time I met and spoke with Dr. Martin Luther King.

I spend much of my time now going to high schools, colleges and teacher-training seminars all over the country where I show the documentary about my life, Tak for Alt. I speak in memory of those who did not survive.

What I went through during the Holocaust empowered me do something to make the world better. One person can do a lot. It all starts with one person. Thank God that I survived. 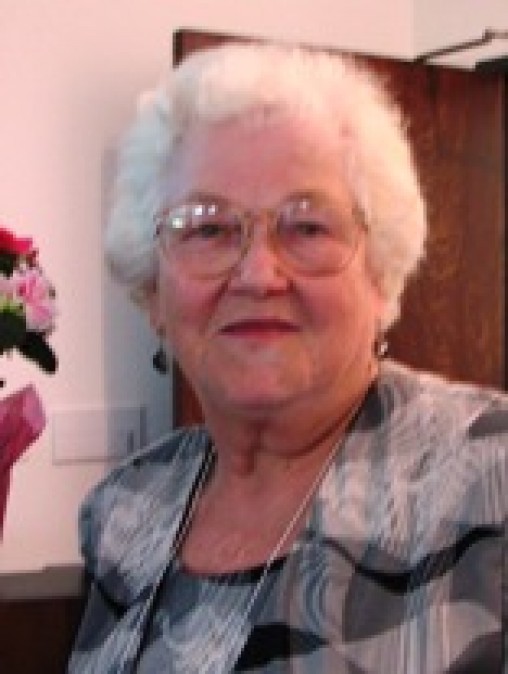