Andrew NicholsI was born Andras Miklos, June 20, 1914, in Ungvar, Hungary, three months before the start of the First World War. My father Zoltan, a lawyer, and my uncle Moric Mandel, a doctor, became officers in the Hungarian Army. Before I was three years old, my mother died of peritonitis. With both my parents gone, my aunt Maria Mandel took over my care.

After the war, my city became part of Czechoslovakia. I felt that I was living in an occupied country. After graduating from high school in 1936 I went to Charles University in Prague to study law. I was still there when the Germans occupied Prague in March 1939. I did not return to Hungary, which now had a Fascist government. Anti-Jewish persecution escalated, quota systems were set in place restricting the number of Jewish students, and Jewish professionals were severely limited in their practices. We now would have to be careful what we said and to whom we spoke; freedom of speech had disappeared.

I heard that it was possible to go to England. I needed a passport, but I was told it would be hard to get since I was a Hungarian living in Czechoslovakia. When I went to the passport office I discovered, to my surprise, the chief of the passport office, Mr. Herr, was my uncle’s patient. He recognized me and got me my passport the same day.

The next day, April 3, 1939, I went to the train station and bought a ticket to London. Via Berlin, I caught a train to Holland where I and many other refuges boarded a channel steamer, landing in Harwich, England, the next morning. An English refugee committee welcomed us warmly. I was sent to York where I was placed with an English family to learn the language. In September 1939, when the war started, I was sent to a village near Oxford to learn farming. I milked cows, drove a tractor and dug drainage ditches. After Italian prisoners of war came from the African front I was responsible for driving them to and from the work fields.

In 1944 I was permitted to join the British Army. I was trained as an x-ray technician and was sent to southern India, near Madras, where I took x-rays of injured British and Indian military personnel. While in India I met my first wife Emily and we were married in 1946. I also learned the fate of my family back in Czechoslovakia. All of my immediate family perished except for my sister Elizabeth and my cousin Magda.

In 1946 I returned with Emily to Britain, became a British citizen and in 1948 we came to America. We spent six years in New York, where I was office manager of an import firm. We came to Los Angeles, California, where I started an import business, and later bought the store of one of my customers. We did well and in 1970 we settled in Santa Barbara with our daughters, Sheri and Tia. I became a real estate broker. Emily and I separated in 1977. I had the great fortune of meeting Evelyn, my second wife, in 1980. Presently I volunteer as an usher at all the classical music venues in Santa Barbara and in the information booth and the Courthouse.

By finding my way to England, I had the good fortune to escape the worst of the tragic events of the time. 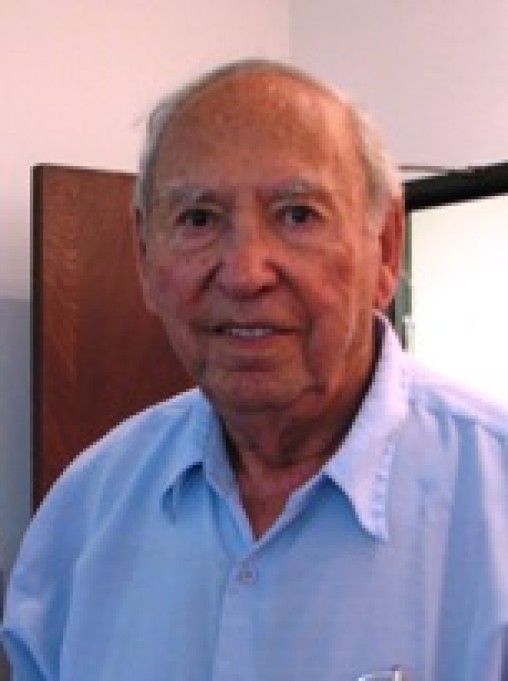