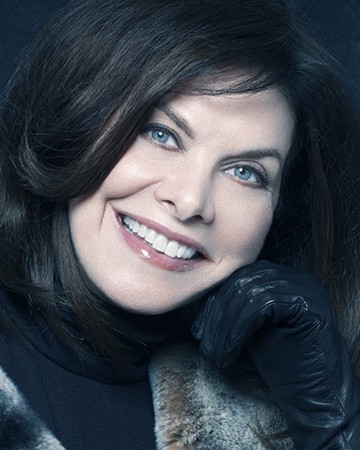 In 1980, Ms. Lansing became the first woman to head a major motion picture studio, when she was appointed President of 20th Century Fox.  As an independent producer, and then as Chairman and CEO of Paramount Pictures, she was responsible for such classics as The Accused, Fatal Attraction, Forrest Gump, Braveheart, and Titanic, to name only a few. In 1996, she became the first woman to be named Pioneer of the Year by the Foundation of the Motion Picture Pioneers.

In 2005, Lansing created her nonprofit foundation dedicated to cancer research, health, public education, and Encore Career opportunities. In 2007, she received the Jean Hersholt Humanitarian Award at the 79th Academy Awards.  In 2008, she co-founded the Stand Up to Cancer initiative, whose research Dream Teams help bring promising new treatments to patients faster.

A Patron Reception honoring Sherry Lansing will immediately follow the luncheon. Patron Tickets are available for a contribution of $865. Table Patron opportunities are still available for a $5,000 contribution.  For more information, please contact Jilli Spear at 805-957-1115 or jspear@sbjf.org

For a pledge of only $1.00 a day to the Jewish Federation of Greater Santa Barbara, plus couvert, you can join us!