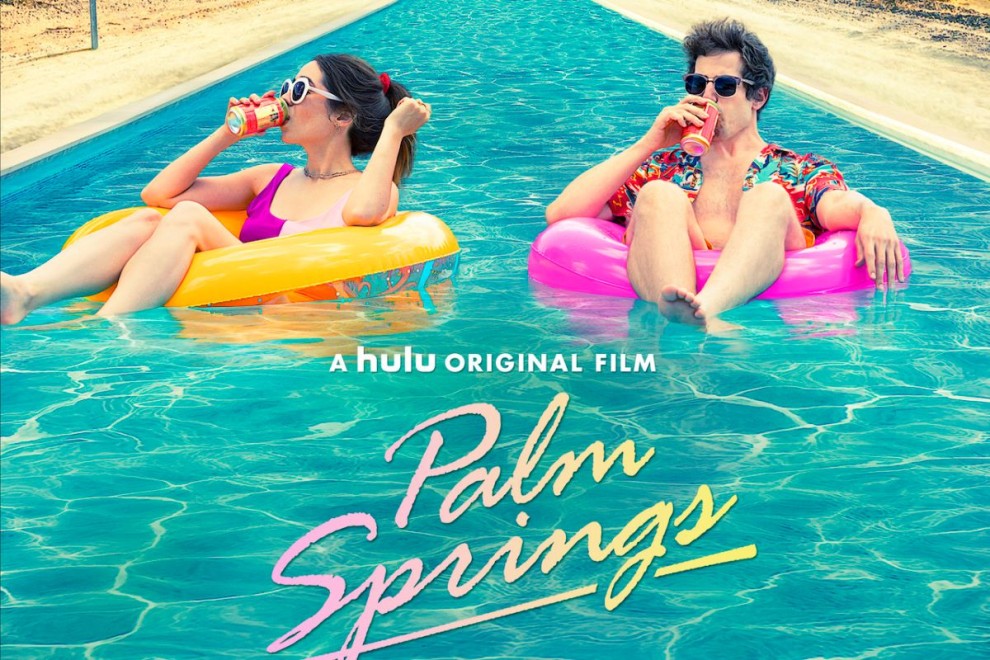 Homegrown Santa Barbaran Max Barbakow directed and created this award winning film with screenwriter Andy Siara, his friend from the American Film Institute (AFI). A romantic comedy starring Andy Samberg, Cristin Milioti, Peter Gallagher, and J. K. Simmons. The story follows two strangers who meet at a Palm Springs wedding only to get stuck in a time loop. Milioti plays a lost and occasionally self-destructive bridesmaid to a younger sister getting hitched in the desert. A moving wedding toast from fellow guest Samberg gets the pair talking, and seems to be a decent match until a metaphysical event occurs, leaving the two with ample time to ponder the meaning of life and how it should be spent. This is a perfect movie to watch during the Days of Awe, between Rosh Hashanah and Yom Kippur. What would you do differently in your life given the opportunity for a Do Over?
Barbakow is a familiar name in Santa Barbara’s film-culture scene. Prior to Palm Springs, the 31-year-old filmmaker made a documentary about his life as an adoptee called Mommy, I’m a Bastard!, which premiered at the 2013 SBIFF. Barbakow studied at AFI (class of 2015) and Yale, and had a stint working with iconic German-gone-Los Angeleno director Werner Herzog. His subsequent IMDb profile includes The Duke: Based on the Memoir ‘I’m the Duke’ by J.P. Duke in 2016, and the 2017 short Mi Dulcinea.
Click here to register >>
Register
Share