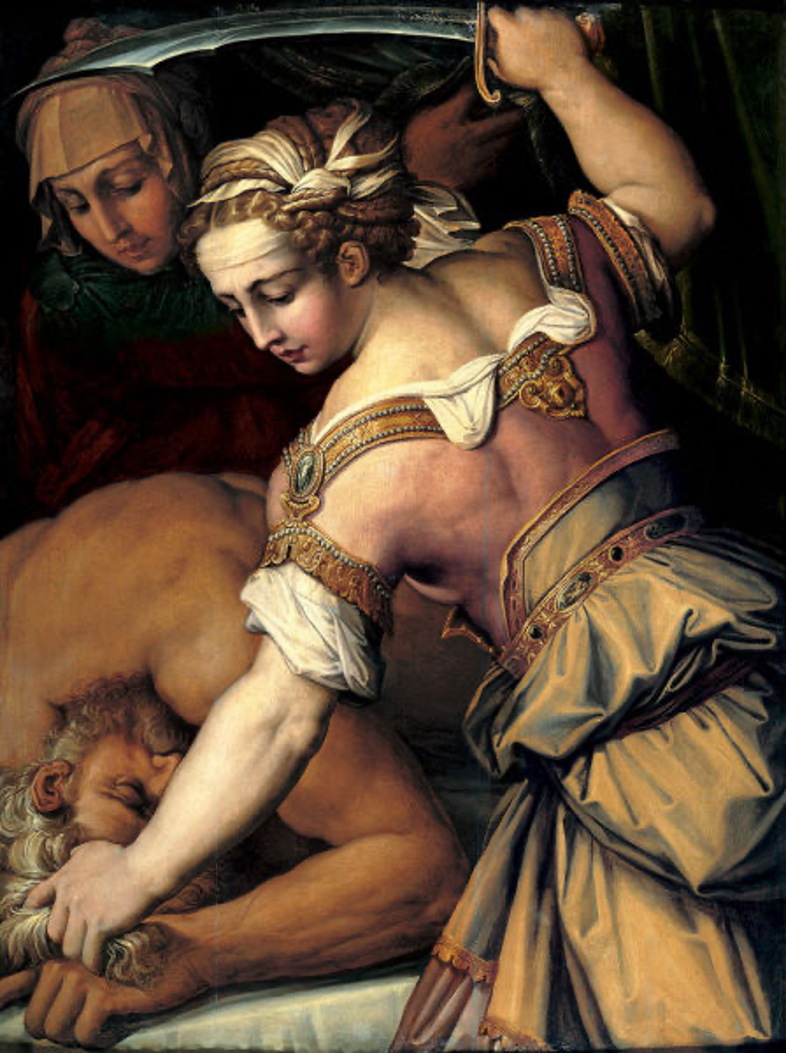 When Sabbath arrives this evening, Hanukkah will depart – but before it does, there is more to say about the history, or I should say the “her-story,” of this Festival of Lights. One of the many things I love about our Jewish heritage is the richness of the tradition – and how it always seems like I am learning something new about a holiday or a religious observance, which adds a new layer of meaning to my life as a Jew. I truly believe that this has contributed to our people’s survival over so many millennia – that we can grow and learn as a people. In the case of what I learned recently about Hanukkah, it is especially relevant to our experience during the pandemic, as it relates to the issue of heroes and expanding the view of who were heroes during the days the story took place. And likewise in these current times, we, too, must see all of the heroes in our midst and the important role they are playing in helping us all through this. Heroes abound!

Of course, we know about the Maccabees as the Hanukkah heroes of old, but have you heard of the heroine Judith, who played an equally important role in the story? Perhaps not! You may be surprised to learn that the famous story of the small band of Jewish rebels who stood up to the Syrian-Greek army is not found anywhere in the Bible at all. Rather, it is in an apocryphal book – meaning it was left on “the cutting room floor”– called The Book of Maccabees. Interestingly, in a similar apocryphal book, The Book of Judith, the story is told of the great heroine Judith, who also saves her people in a very courageous and dramatic way. The beautiful, clever Jewess Judith is able to come up with an ingenious plan to trap the great Assyrian General Holofernes and decapitate him, thus preventing a siege of her hometown of Bethulia. A true heroine indeed, especially if you lived in Bethulia! The story of Judith and Holofernes was immortalized in many Renaissance and Baroque works of art, including the one I show here – and another famous later one by Gustav Klimt (1901). Thus, Judith plays an important role in the events leading up to the Hanukkah story – and a number of Jews commemorate this.

Last night, as I was gazing at the beautiful sliver of the new moon of Tevet, I recalled that it marked a special day on the Jewish calendar, especially for some Jewish communities: Chag Ha-Banot – Festival of the Daughters. This is a beautiful Hanukkah custom which came from the Mizrahi tradition, celebrating the story of Judith and subsequent generations of strong Jewish women. Mizrahi Jews are those whose roots are from the Middle East and North Africa – and Chag Ha-Banot also known as Eid Al-banat in Judeo Arabic was celebrated in such places as Tunisia, Morocco, Libya, and Algeria. Unfortunately, this custom disappeared in these countries over the last two generations, as these Jews were forced to flee from these areas due to violence in the region. However, it is starting to make a comeback in Israel and around the world. It is traditionally a joyous day for women to gather together, to sing, dance, share gifts, and eat sweet treats. One specific traditional food eaten on the Festival of Daughters is sweet and salty cheese, as this was supposedly the food Judith used to overfeed the gluttonous Holofernes, which caused him to drink too much wine and pass out, allowing her to overtake him! Special poems (Piyutim) are also recited for the health and wellbeing of the community.

Who are the powerful women who are heroines to you in your life? Last night, to mark Chag Ha-Banot we lit our final candles of Hanukkah in honor of the strong Jewish women in our family through the generations. On our final family “Zoom-ikah,” we spoke about the women among us who inspire us now – and those no longer with us who have left an indelible mark on our lives. We also reflected on those we never knew, especially those whom we lost in the Holocaust, and wondered what their lives and impact would have been like, still knowing they helped us become who we are. Strong and wise female teachers, mentors, and leaders who have inspired us were also mentioned by the group. We also enjoyed eating some sweet cheese and treats! There were many wonderful women on our Zoom-ikah call – my sister and her two daughters, me and my two daughters, my cousin and her daughter and granddaughter. But remember that you don’t need to be a woman to celebrate the women in your life. It is so beautiful to honor these diverse Jewish traditions like Chag Ha-Banot – and we have so many to choose from to weave into our lives. I feel it’s particularly important to revive and preserve these traditions and customs. In addition, Chag Ha-Banot rekindles an ancient need for women’s spaces and voices, as women did not always have a voice in both ours and other traditions. What a joyous and rich way to end Hanukkah!

Wishing you a Shabbat Shalom – a peaceful Sabbath, and a continued time of joy and light,

Photo caption: Judith seen here slaying the Assyrian General Holofernes in the Renaissance painting by Giorgio Vasari (c. 1554), as much a hero of the Hanukkah story as the great Maccabees!